12/08/18
This Project is not dead butt...
It became something different all together. The worlds are being designed first and I hope to incorporate them into an exhibit I am developing. But that exhibit takes priority right now and includes a few other potential games. I like making worlds.

10/01/2017
So this project is on hiatus until I establish alternative forms of income. I just make sure I have some sort of financial safety net before I even begin working on non-paying high commitment projects. So for now, www.gabemoats.com will feature any new work I make.

Anyways. So I will start updating more on a regular basis (or not, I don't know) . I think a good place to start is by maybe having regular news come from Tumblr and have this site be more typical of a game website.  But, I will have a Tumblr widget to have the updates here as well.
That's all for the next 4 or 5 months,
Gabe Moats of Gabe Moats

04/28/16
So. ..
the holidays hit and then I decided to take a break learn Blender and to focus on traditional work. Then I ended up building a new pc.  And with a new pc came the ability to play new games. ...

There will be a lot more updates after I finish one more day in Stardew Valley. I can quit whenever I want to I just choose not to at this moment 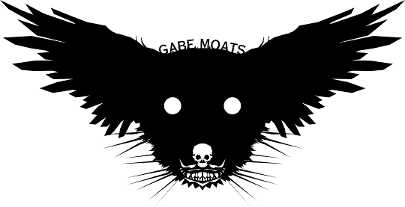 07/20/15
I am going to update this site today and then only work on the game during the weekends for a bit. I want to focus on more traditonal and freelance work, and I can't do that without allocating some time to doing that. 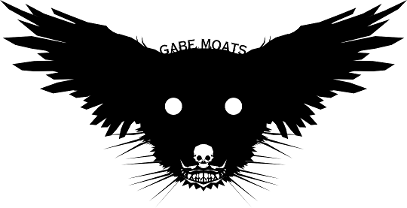 07/01/15
Gabe:  Today I launch this site as a tribute to my greatness and my monument of my love for everyone . I know that what content this site will hold in the future will bring about world peace, ice cream for everyone and the resurrection of OIJSuuuDKiiJK the god of fears.